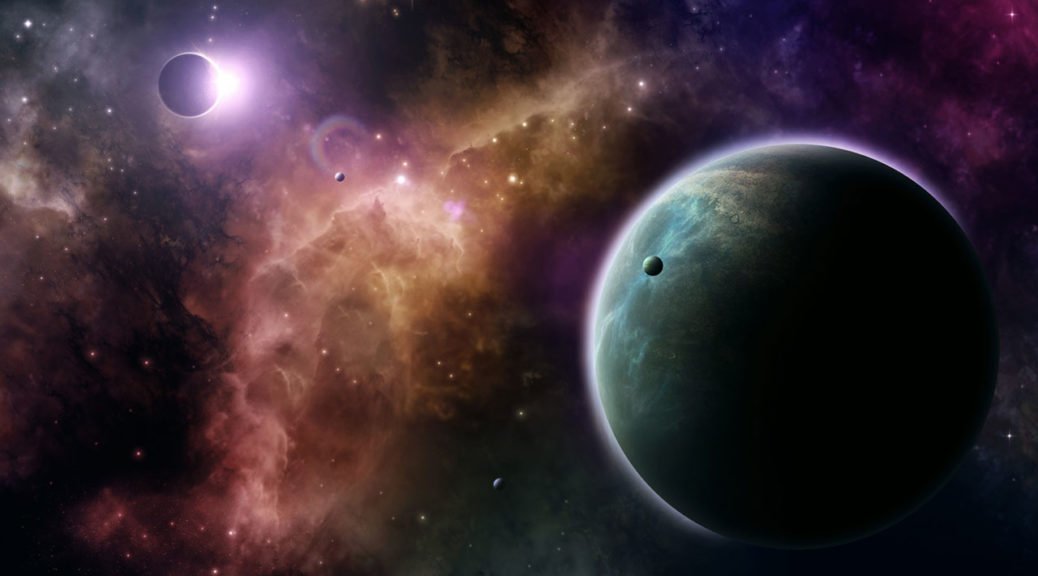 Tucked far away in one of the distant spirals of the galaxy lies the star system of Corzonna. The planets that orbit the star are numerous and varied, with some supporting life. 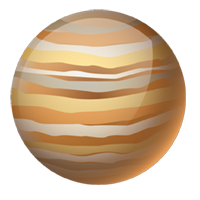 The planet Wormulon, named so for the planet’s properties, is a diamond planet in a sparsely populated solar system with several other planets.

Wormulon is about 3.9 times bigger than Earth and its gravity is about 2.96 times that of Earth.

4 moon(s) orbit the planet and Wormulon itself orbits an white sun in a fairly elliptic orbit.

The explosive nature of this planet makes it impossible to sustain any life forms. The volcanic eruptions are too devastating and the conditions on this planet change too drastically during its orbit. Perhaps once it has calmed down, life might be possible, but the chances are slim. 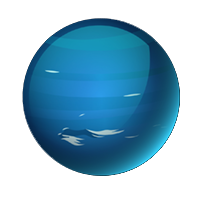 The planet Vinci, as it’s called by most scientists, is an ocean planet in a fairly small solar system with a handful of  other planets.

Vinci is about 40.0 times bigger than Earth and its gravity is about 12.59 times that of Earth.

2 moon(s) orbit the planet and Vinci itself orbits a white sun in a wide, elliptic orbit.

Life is obviously impossible on this planet and will always be impossible. The conditions are too violent, there are no places life could be created and anything that reaches the planet is destroyed in its violence. A violence that is strangely beautiful, yet eerily frightening. 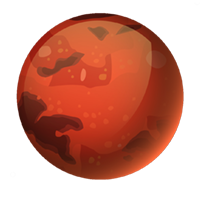 The planet Pandora, as it’s called by most scientists, is a terrestrial planet in a small solar system filled with many other planets.
Pandora is about 4.0 times bigger than Earth and its gravity is about 3.89 times that of Earth.

3 moon(s) orbit the planet and Pandora itself orbits a white sun in a elliptic orbit.

The conditions on this planet may not be ideal, they’re good enough to sustain life. Unfortunately it has yet to do so, but the future of this planet is very promising. If nothing else, it would be perfect as a new home for an advanced species.

The planet Azeroda, as it’s called by most of the natives, is an earth-like planet in a small solar system with three or four other planets.
Azeroda is about 11.9 times bigger than Earth and its gravity is about 5.48 times that of Earth.

4 moon(s) orbit the planet and Azeroda itself orbits a white sun in an elliptic orbit.

The plant-like organisms on this planet are made up of tall grasses and flowers, with even taller fungi and huge trees. Shrubs are non-existent and bushes are so rare they might as well be.

While flowers come in more shapes and colors than grasses, they both share a wide variety of scents, most of which are related to the nutrients in their area. The fungi are tall, strong and, like the grasses and flowers, scented. The trees are also scented, but it’s much harder to detect.

Nutrients are always needed but not always around, so organisms have to find ways to get them. Common ways are using different roots to find them in deep or shallow grounds or even stealing them from others, but on this planet many species have found a different balance.

Unlike most plants on Earth who tend to only produce oxygen and nutrients, usually in the form of sugars, for itself, the organisms on this planet also produce other forms of nutrients for itself, usually for different purposes. These processes often lead to many byproducts which it doesn’t need and are thus discarded.

These discarded products are exactly what other species need to live and in turn produce byproducts it discards for the other organisms, leading to a delicate balance.

The wonderful diversity is not unique to life on the surface. Life underwater has also given birth to a wide variety of corals and aquatic plants.

While corals are in the vast majority, it’s the plants that have developed into the most unique and beautiful species on this planet. Their colors are oddly diverse, something we don’t really see on Earth. But it sure makes for an amazing spectacle.

If we as humans found intelligent life today, they would most likely be either millennia ahead of us or way behind us in terms of technology.

Oddly enough, the higher species on this planet are somewhat equal to us. Our technology is of course very different from theirs, that’s to be expected on a different planet, but our technologies are roughly capable of the same feats. However, cultural differences did lead to a few major differences.